Crete has a long history of wine production, more than 60 wineries, including several world-class producers and a number of distinctive local grape varieties. It is the second-largest wine-producing region in Greece. Yet it merits only a couple of paragraphs in the Oxford Companion to Wine and slight regard from wine connoisseurs.

Crete is perhaps overshadowed by Santorini, a better-known wine island, 148 km to the North. And like Greek wine generally, it is unfairly dogged by memories of poor quality holiday wine and the Marmite love it or hate it retsina.

This article covers the basics, drawn from a flying visit in September 2020, but the best way to discover Crete is to visit or at least buy some of the wine and try it at home.

Crete has a legendary place in winemaking history and it was probably the jumping off point for winemaking across Greece. The Minoan civilisation (2000-1400 BCE) imported Egyptian winemaking techniques in the neolithic period and palaces such as Knossos had their own vineyards. One of the earliest known wine presses was discovered in the village of Palekastro in Crete.

During the Roman Empire in the 2nd century CE, Crete was known for a sweet wine, protropos, which was exported to Italy.

The island continued under Byzantine rule until it was occupied successively by Iberian Muslims, crusaders, Genoese and from 1212 to 1669, the Venetians. During this period, the island was well known for the sweet Malvasia di Candia wine. The island emerged from Ottoman rule and joined Greece at the beginning of the 20th century.

When Greece joined the EEC in 1981, many old vines were grubbed up and replaced with international varieties but there is a renaissance of interest in local varieties and several near-extinct vines have been rescued and brought back into production.

Also, local winemakers have been able to travel and explore winemaking in different regions and bring that knowledge back home. For example, Manousakis has embraced southern Rhone varieties. We tasted a very good single-varietal Roussanne from that winery. Other producers, such as Lyrarakis, have embraced the latest trends in winemaking, such as low-intervention, organic, vegan and natural wine.

Geography, climate and viticulture in Crete

The majority of vineyards are in the centre of the island, south of the port of Heraklion, with other producers in the west around Chania and in the east around Sitia.

Crete has a warm climate but the majority of planting is above 500m, which helps to cool the vines and preserve a little acidity. Dry sandy soil kept phylloxera at bay until the 1970s and there are still many ungrafted vines. Irrigation is common.

Wines of Greece has a good overview of the country’s different grapes but here is a brief overview based on our visit.

We had the ‘premium’ tasting which consisted of eight of their top wines and a delicious selection of dips, olives and bread for €20 each – good value. And they also offer full picnics. Our guide was very knowledgeable and was able to answer all our wine-nerd questions in fluent English. The whole thing was very Covid-safe with the tasting outside under a canopy to protect from the mid-day sun. If you choose a picnic lunch, you can eat at some lovely, shady tables in the vineyards. We particularly appreciated the nursery rows of each of the native varieties next to each other so we could see them close up.

We visited the island in September 2020. The coronavirus epidemic loomed over everything like thunderclouds over the wine dark sea but the Daios Cove Hotel managed to make social distancing a little less menacing, a kind of luxury lockdown, with wide open air restaurant terraces and a private beach. The wine list is very appealing and the food was consistently delicious. If you’re coming to Crete, we recommend it.

Of course, there is the ‘tasting effect’ where you can be influenced by the beauty of the surroundings, the patter of the guide or winemaker and the luxury of a summer holiday. But we’re trying to discount for that bias by applying the WSET systematic approach to tasting.

We tasted wine from five Cretan producers – Lyrarakis, Douloufakis, Manousakis, Miliarakis, and Tamiolakis. For a longer list of producers see Wines of Crete.

All of them were well made and perfectly matched with the local cuisine. Most were inoffensive, high in alcohol and (for the reds) low in tannin. They were easy-drinking, suitable for the tourist market and low-cost export.

But some were very good indeed – serious wines worth tasting for their own sake. A few were unique and outstanding, representative of distinctive grapes, producers and their origins.

There’s more to Greece than Noussa and Santorini. If you haven’t tried Cretan wine, we recommend it. 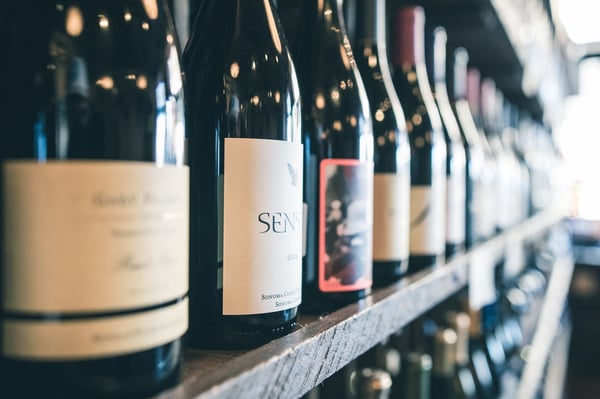 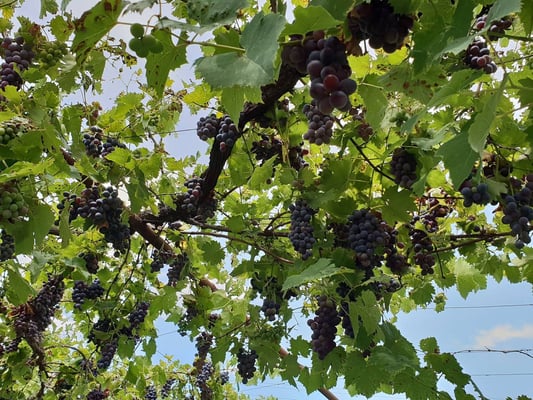